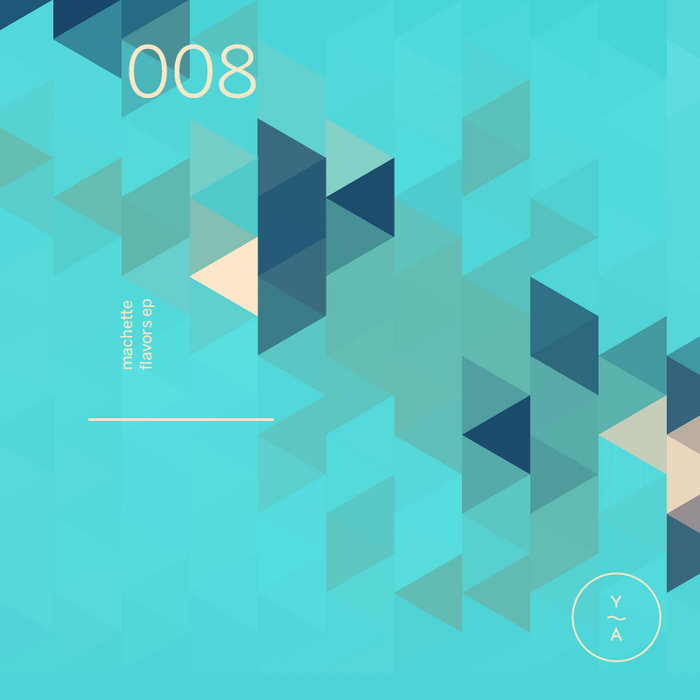 If free download credits are exceeded, you can get the EP here (MP3, 320kbps): archive.org/download/yarn008/yarn008_vbr_mp3.zip

Yarn Audio celebrates its second birthday with five bold tracks from Machette. The diverse producer renders a lot of energy and happiness with his sample-heavy and fast-paced tracks. Influenced by Hip-Hop, Dubstep, Footwork and Jungle, Machette’s broken beats and easygoing melodies are just perfect for a dance in the sunshine or the ghetto. Get ready for a special sample odyssey…
The French musician started producing back in 2000 and released his take on Drum’n’Bass under the pseudonym Chomp. Then Jean Trubert went on a successful excursion into Electro with three EPs on the Austrialian label Idiot House. Inspired by the Footwork wave he rediscovered his interest for the Bass Music realm. Earlier this year he released his interpretation of Ghetto-Jungle on the “Vapor EP” on Vitalistik Records as well as “It’s Right And It’s Ok EP” on Dred Collective. Machette’s Bass Music baggage is bursting at the seams. So the Berlin based netlabel is more than happy to welcome another electronic musician with a distinct voice in its fast-growing family.

Some words from Machette:

I try to render positive energy with my tracks a blending of my favorites genres hip-hop/dubstep/footwork/jungle
I always produce with love for music in my mind, not money. I wanna thank the Yarn Audio team and producers for their support, it’s really pushing me forward, something that I was missing for the last years. Thx to all my followers on soundcloud that are growing more and more each days. PEACE

For those interested on my setup, I’m actually producing on a mac running bootcamp (to avoid latency issues) with FL Studio, I use an APC20 as a midi controller to have quick shortcuts and feedbacks with my sequencer, and an Audio 2 Dj wired to two Yamahas HS50 as monitors.